Who knows what the future of “Doctor Who” will be — except possibly time travelers — but the next few months could prove crucial.

After only one new episode in 2016, which was the marvelous Christmas “The Return of Doctor Mysterio” episode, the “10th series” since the SF shows were resume in 2005 could prove to be the last. At least it will be the last series for showrunner Steven Moffat and current Doctor Peter Capaldi as both have announced this will be their final series.

The new series will premiere on BBC America at 9 p.m. April 15, next Saturday. 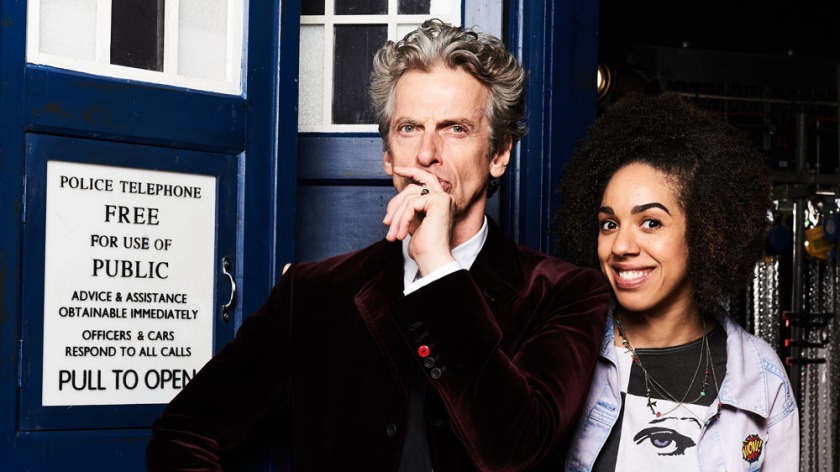 The Doctor will be joined by new companion Bill Potts, played by Pearl Mackie.  If you’ve seen the last two Christmas specials, you’ll probably be delighted to see the character Nardole in several episodes of the new season.

The first episode of the 10th series will be immediately followed at 10:10 p.m. by “Class,” the Doctor Who spinoff that has been available to British viewers since last spring. The story focuses on five of the students and staff at Coal Hill Academy, which has frequently been part of Doctor Who episodes and where Clara was a teacher. 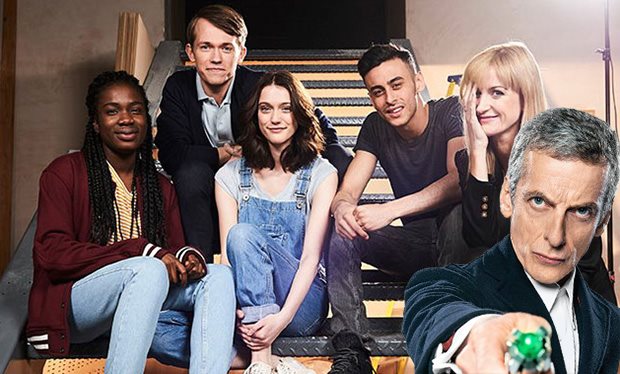 The series focuses on five students and staff who asked by the Doctor to deal with alien threats in the midst of dealing with personal issues.

Although “Class” has received positive reviews in the U.K., the eight episodes have performed poorly in the ratings there, possibly due to poor promotion by the BBC.

As for the upcoming season of Doctor Who, it is set to have 12 episodes running weekly through July 1 plus a Christmas special.

The big question, of course, is if and when Doctor Who will return after this series and, if so, who will be the next Doctor.

Chase Masterson will be one of the guests at Starbase Indy this weekend in part because this is the 50th anniversary of Star Trek and one of her characters eventually became the first lady of the Ferengi Alliance. She also will be bringing her social consciousness.

Masterson’s career has been about more than Star Trek including being the current star of a Big Finish, Doctor Who-related audio series, a jazz singing career and her Pop Culture Hero Coalition, which is working to end bullying. She’s also an author, a producer and has sung on USO tours for the Navy and the Marine Corps. She is a former Indiana resident. 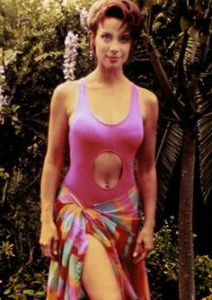 According to IMDB, Masterson appeared as Leeta in 17 episodes of “Star Trek: Deep Space 9,” which ran for seven seasons. The new ”Star Trek Encyclopedia” describes that character as beginning as a Bajoran dabo (game of chance) girl in a bar on Deep Space 9 before eventually becoming the first lady of the Ferengi Alliance.

In addition to Masterson, actors who’ve been involved with Star Trek the Original Series, Star Trek Voyager and Star Trek Enterprise are scheduled to be among the guests at the three-day event, which begins Friday.

Masterson has been described as one of “the hot leading ladies” in 2008 by a film magazine, one of the world’s “50 sexiest women” by Femme Fatales magazine, the “Number 1 Favorite Science Fiction Actress on Television” in a TV Guide online poll, one of the “Top 50 People to Watch in Hollywood” by Sci-Fi Universe Magazine and the “Best Feature Film Producer” by the LA Femme Film Festival.

“I just see those things as a tool to do the work I want to do on-screen or off,” she said in an interview. “The word sexy is a pretty meaningless word.

“What’s really important is what’s on the inside and the heart of the work we do in the short time we’re on this planet. If people say those things and it helps me get another great project off the ground for charity or entertainment, that’s fine with me.”

Masterson founded the Pop Culture Hero Coalition “to take a stand against bullying, racism, misogyny, LGBT bullying, cyber bullying and other forms of hate using pop culture in film and television,” she said. “We make parallels between on-screen heroes and heroes in real life.

“Our motto is, ‘We love super heroes, why not be one.’ We are currently creating an incredible curriculum for schools and we also work in common cause and communities.”

Masterson said she’s seen so much oppression and wanted to do something about using the tremendous power of popular culture fandom.

“It’s really a phenomenon,” she said. “I want to harness that energy for doing good, that’s what the stories are about.”

The philosophy Masterson espouses is reflected in her feelings about Star Trek.

“I think that Star Trek has a really, really neat message,” she said. “The whole infinite diversity in infinite combinations is something that’s very attractive to all of us. And it’s something that I wish the world would grasp onto as beautifully as the Star Trek fans have. … 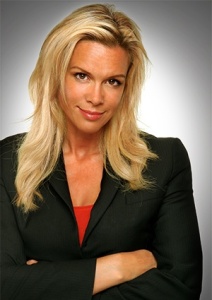 ”The fans are mostly lovely, truly some of the loveliest people I’ve met. Occasionally there have been ones that crossed the line, but I never let that stop me from being genuine with everyone I meet. …I think Star Trek attracts really lovely people because of what Star Trek’s message is, the message of the show. “

Unfortunately, she said, with this year’s election, there have been many negative actions, contrary to that spirit.

“White supremacy is once again rearing its ugly head and growing in both numbers and in the press,” Masterson said. “There has been a rise in hate crimes to African-Americans and Muslims and the LGBTQ communities and other people since the election by those who feel empowered by (president-elect Donald) Trump. …

“I think they’ve been empowered by his hate speech. …. We have to come to our senses as a country and see that this is not what America was born to be. We were born to be a place of diversity and inclusivity.”

The lack of empathy that not just white supremacists, but everyday people employ in everyday racism and in everyday bias is “disgusting and it’s unChristian, it’s unJesus like, and it’s really embarrassing that our country is being seen this way,” Masterson said.

Star Trek creator Gene Roddenberry’s future tenant of infinite diversity in infinite combinations is the way the world is supposed to be.

In some ways, Masterson’s Deep Space 9 character reflected her passion about issues related to racism, misogyny and bullying. Her character married a person, Rom, from another world and that led to her becoming the first lady of the Ferengi Federation. Max Grodenchik, a previous guest at Starbase Indy, played Rom.

“He was really so truly lovely as Rom and made me fall in love with him, he was so gentle and sensitive,” Masterson said. “I just appreciated all of that in him as an actor and as a character. …

“I had such a great time working with this extremely talented cast, but the memories that are the ones I cherish the most are ones that happened off-screen. Many times, I’ve had someone who served in the military, particularly oversees, come up to say how much the show meant to them while they were in the service and for those in the Gulf War it was a little piece of home and it reminded them of what they were striving for, which was peace.”

Deep Space Nine has been underrated, she said.

“I don’t think Deep Space 9 gets the respect it deserves,” Masterson said. “It was the Number 1 syndicated show in the world when we went off the air and yet it is seen as the little, runt brother of Star Trek.

“It was difficult for us, not having been the mainstream show that Next Generation was, frankly we feel the stories and characters deserved. A lot of people feel Deep Space 9 was their favorite over any of the other Star Trek.

Chase Masterson’s acting career also led her into “Vienna,” a Doctor Who spinoff. audio series. She had previously worked on audio projects with former Doctors Tom Baker and Sylvester McCoy.

Vienna is going into Season 4. Vienna is “an intergalactic mercenary assassin with a heart of gold who always lands on the side of good,” Masterson said. “If I’m hired by a bad guy I will turn that around on him and make it his own undoing.”

Wylder is the author of “An Eloquence of Space and Time.” The book provides a poem for each episode of Doctor Who from 1963 through 2013, the 50th anniversary of the series, about the man who travels in time and space with companions in a blue box.

Wylder recently had a poetry reading and autograph session at the Who North America store in Camby, just north of the Morgan County line.

A Hanover College graduate who teaches high school English part-time in Elkhart when he isn’t writing, the 26-year-old author decided he wanted to do something special for the 50th anniversary of the BBC series, which first aired the weekend after President Kennedy was assassinated.

The poems cover the episodes of all the Doctors, from William Hartnell in 1963 to Matt Smith in 2013. Peter Capaldi became the Doctor after Smith. Although some of the episodes of the early Doctor have been lost after the BBC erased them, Wylder even has poems for the missing episodes.

“All are available on audio,” Wylder said.

It took a full-year for Wylder to complete the book. It also includes poems related to the Sarah Jane Chronicles, K-9 and Torchwood spinoffs, a short story by Wylder and essays by several authors. 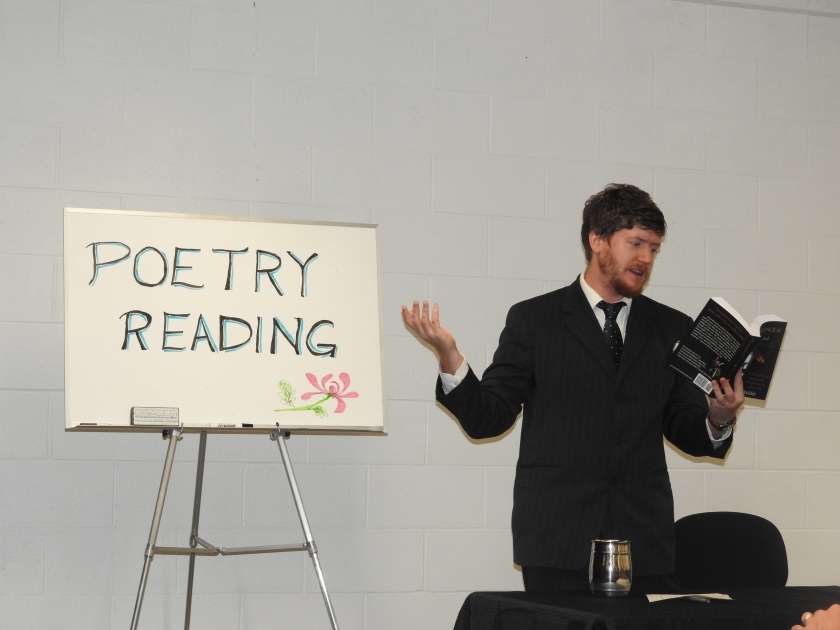 Wylder began watching Doctor Who episodes when he was 3-years-old. Paul McGann, who was only featured in a single movie, became a particular favorite. He has met McGann, Matt Smith, Colin Baker and several of the Doctor’s companions.

“Mostly, people are joyful that the book exists,” the author said. “When I go to more metropolitan areas, they are less surprised.”

What has drawn the most joy has been the poem about the “Vincent (van Gogh) and the Doctor.’ In that episode, the Doctor convinces the artist of the value of his work, even though he wouldn’t profit it from it in his lifetime.

“It (the episode) means a lot to me and other people,” Wylder said. “I know it kept a lot of people from killing themselves.”

In addition to the Doctor Who poetry book, Wylder has written other poetry books, a play, a novella and a science fiction novel.

Wylder’s appearance at the store was one of several activities the Who North America shop, 8901 S. Ind. 67, has scheduled for this month. A “Doctober Fest” fall festival is scheduled for 11 a.m. to 6 p.m. Oct. 29. It will include a Doctor Who look-a-like contest, a jack-o-lantern contest, face painting, carnival games and other activities.

While wondering when the next Doctor Who season will start, news about a spinoff and a revival of a spinoff has been trickling in. We know now that a new, regular series (season) won’t start until …

Source: The what about Doctor Who