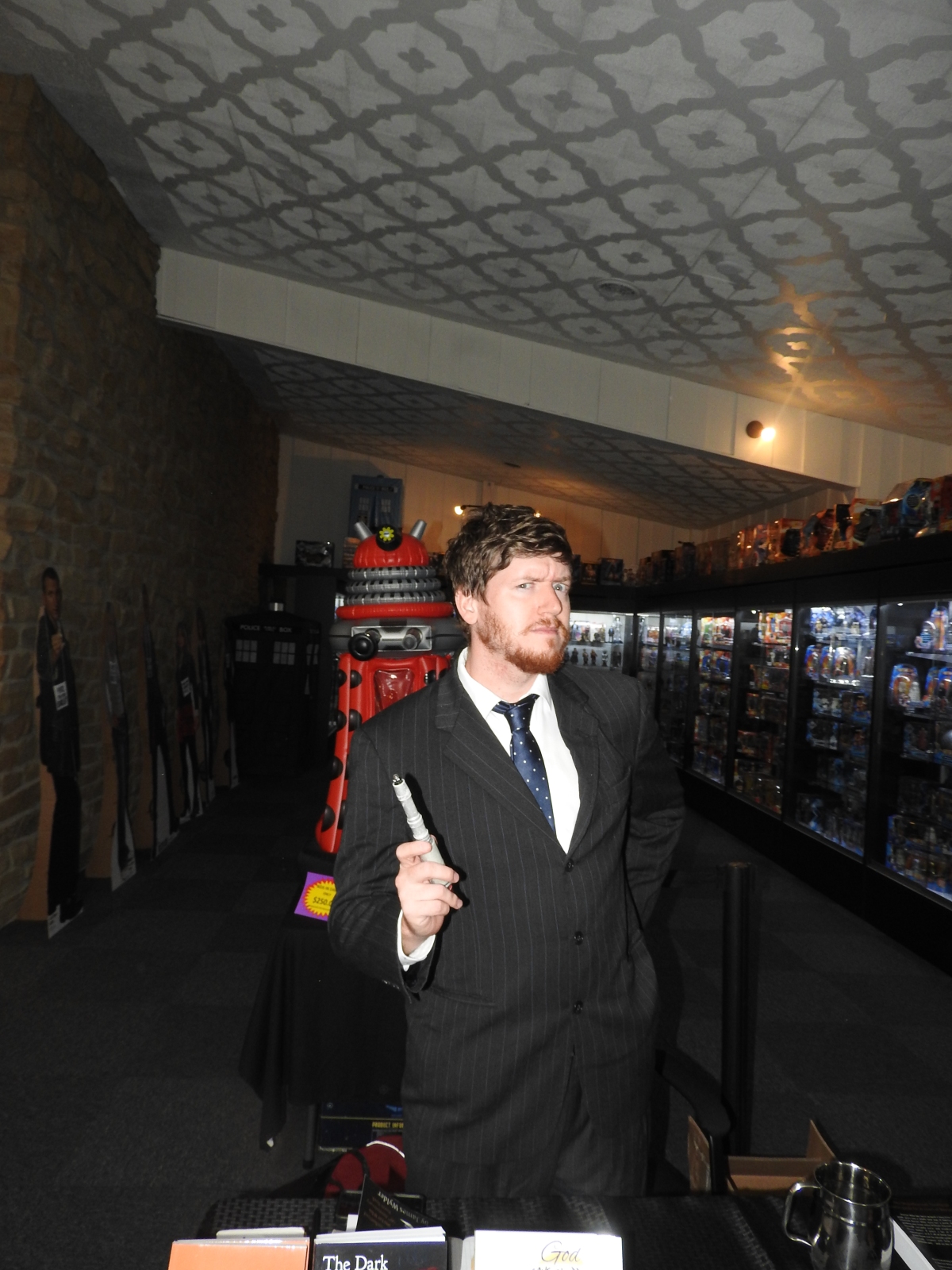 Wylder is the author of “An Eloquence of Space and Time.” The book provides a poem for each episode of Doctor Who from 1963 through 2013, the 50th anniversary of the series, about the man who travels in time and space with companions in a blue box.

Wylder recently had a poetry reading and autograph session at the Who North America store in Camby, just north of the Morgan County line.

A Hanover College graduate who teaches high school English part-time in Elkhart when he isn’t writing, the 26-year-old author decided he wanted to do something special for the 50th anniversary of the BBC series, which first aired the weekend after President Kennedy was assassinated.

The poems cover the episodes of all the Doctors, from William Hartnell in 1963 to Matt Smith in 2013. Peter Capaldi became the Doctor after Smith. Although some of the episodes of the early Doctor have been lost after the BBC erased them, Wylder even has poems for the missing episodes.

“All are available on audio,” Wylder said.

It took a full-year for Wylder to complete the book. It also includes poems related to the Sarah Jane Chronicles, K-9 and Torchwood spinoffs, a short story by Wylder and essays by several authors.

Wylder began watching Doctor Who episodes when he was 3-years-old. Paul McGann, who was only featured in a single movie, became a particular favorite. He has met McGann, Matt Smith, Colin Baker and several of the Doctor’s companions.

“Mostly, people are joyful that the book exists,” the author said. “When I go to more metropolitan areas, they are less surprised.”

What has drawn the most joy has been the poem about the “Vincent (van Gogh) and the Doctor.’ In that episode, the Doctor convinces the artist of the value of his work, even though he wouldn’t profit it from it in his lifetime.

“It (the episode) means a lot to me and other people,” Wylder said. “I know it kept a lot of people from killing themselves.”

In addition to the Doctor Who poetry book, Wylder has written other poetry books, a play, a novella and a science fiction novel.

Wylder’s appearance at the store was one of several activities the Who North America shop, 8901 S. Ind. 67, has scheduled for this month. A “Doctober Fest” fall festival is scheduled for 11 a.m. to 6 p.m. Oct. 29. It will include a Doctor Who look-a-like contest, a jack-o-lantern contest, face painting, carnival games and other activities.