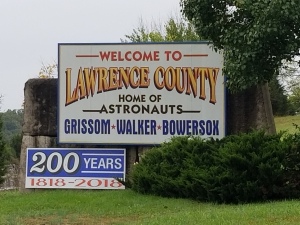 In case you have wondered what happened to RDH Great Stories, we have been in the lengthy process of moving to Bedford, Indiana, in Lawrence County.

This is a beautiful city, far different from the Indianapolis suburban town of Mooresville, which has its own strengths. Bedford is rich in scenic beauty, history and tradition.

Bedford is the self-proclaimed limestone capital of the world. And if you drive down Ind. 37, south of Bloomington, you will quickly see why it has made that claim.

There’s even one mystery we are trying to unravel regarding the abandoned project to build small models in limestone of the Great Pyramid and the Great Wall of China. We’ve been told, since it involved federal  funds, that it was abandoned after being declared the worst example of Congressional pork barrel spending. That’s understandable to some extent, but we would still like to see what remains of the abandoned project.

Still, there are lot more things to see and learn about. For example, Mitchell was the hometown of three astronauts including Virgil Gus Grissom, the second U.S. astronaut in space who died years later during the testing of an Apollo craft.

Grissom’s Mitchell connection is duly noted with signs and an impressive monument at Mitchell Town Hall. 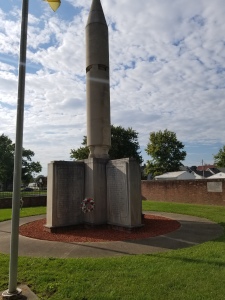 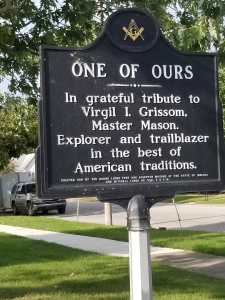 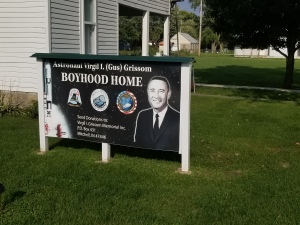 If you drive north to Oolitic, you will find a statue of a nearly forgotten comic character. The statue is a part of a salute veterans.

The character is Joe Palooka, who was featured in an American comic strip about a heavyweight boxing champion, created by cartoonist Ham Fisher in 1921, according to Wikipedia. The strip debuted in 1930 and it was carried at its peak by 900 newspapers.

The strip was eventually adapted for a short-lived, 15-minute CBS radio series, 12 feature-length films, nine Vitaphone film shorts, a 1954 syndicated television series, comic books and merchandise, including a 1940s board game, a 1947 New Haven Clock & Watch Company wristwatch, a 1948 metal lunchbox, and a 1946 Wheaties cereal box cut-out mask. In 1980, a mountain in Pennsylvania was named for the character, according to Wikipedia. 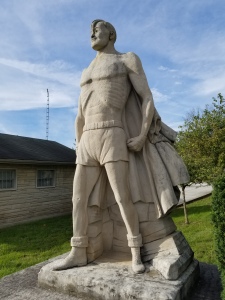 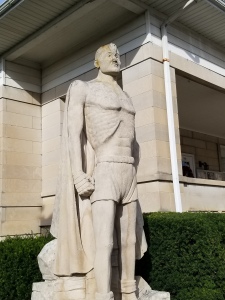 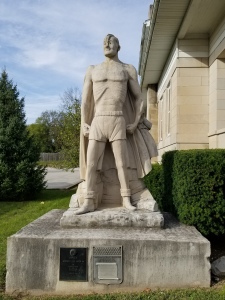 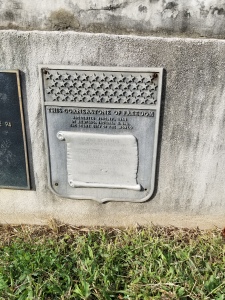 There’s lots more that we’ll be covering from our new base, but it seemed to be time to tell you a little bit about Bedford and Lawrence County. 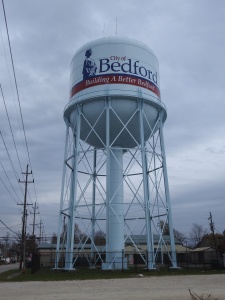