KANSAS CITY
When I started strolling through the dealer’s room at MidAmeriCon II for the first time last week, I wondered if I would run into any of my friends whom I knew were attending.
I highly suspected that a couple from the Indianapolis-area Circle of Janus would be there, a fellow 1970s University of Kentucky graduate, a Greenwood artist and an Indianapolis musician would be among the thousands in attendance. But then I got a surprise from a person who very soon would be accepting a top honor at the convention.
Jonathan Eller, the executive director of the Center for Ray Bradbury Studies at IUPUI, called my name. Eller was there to represent the Bradbury family at the Retro Hugo Awards, given to award SF creators from decades earlier. This year the Retro Awards were for 1941 and Bradbury was nominated for two awards. 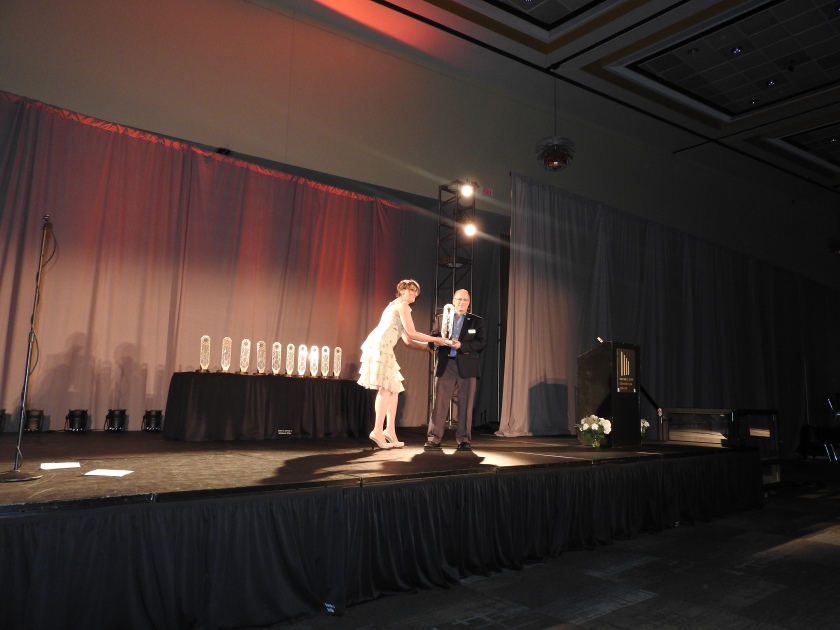 I had interviewed Eller several times in recent years and even featured him in a short film I have shown at my library and InConJunction presentations. I had a packed copies of the film with me when I set out for Kansas City, but didn’t expect to see him. I was rather embarrassed that I hadn’t sent him a copy of the video.
As I walked along the convention floor, I heard my name being called out. When I turned around, I saw Eller, to whom I immediately started apologizing and then I started scrambling to give him a couple of the DVDs I was carrying with me.
Eller told me why he was there and encouraged me to be at the Retro presentations, which I planned on attending not realizing someone I knew would be accepting a honor.
Bradbury’s “Futuria Fantasia” was nominated for Best Fanzine and the late author also was nominated as Best Fan Writer. The year 1941 was years before his fame as author of “The Martian Chronicles,” “Fahrenheit 451,” “Something Wicked This Way Comes” and television episodes and a series based on his great stories.
At the ceremony in the Kansas City Convention Center, Bradbury was named the winner of both categories. Eller walked forward each time to accept the awards and noted Bradbury’s lifelong love of science fiction and fandom and how honored he would have been to receive the award.
When accepted the first award, however, Eller said Bradbury would have received a kiss not just the Retro Hugo Award. The female presented, however, gave Eller a kiss on the cheek when he accepted the second award on behalf of the Bradbury.
Not much later, I probably got closer to a Hugo Award than I ever will again. In a sub, sub-basement, a convention organizer boxed up the awards for Eller and I was asked to help carry it back to the hotel.
I gratefully accepted the opportunity. I never knew it would be such a big thrill to carry a box. 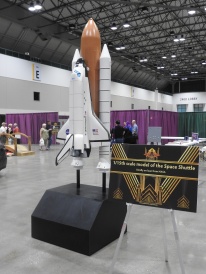